As the raging wildfires continue to devastate Australia’s eastern coast, it is clear that climate change is playing a significant role.

Among the key factors has been a severe lack of rainfall, as the country experienced one of the driest and hottest years on record — an average of 277.63 millimetres — according to Statista. 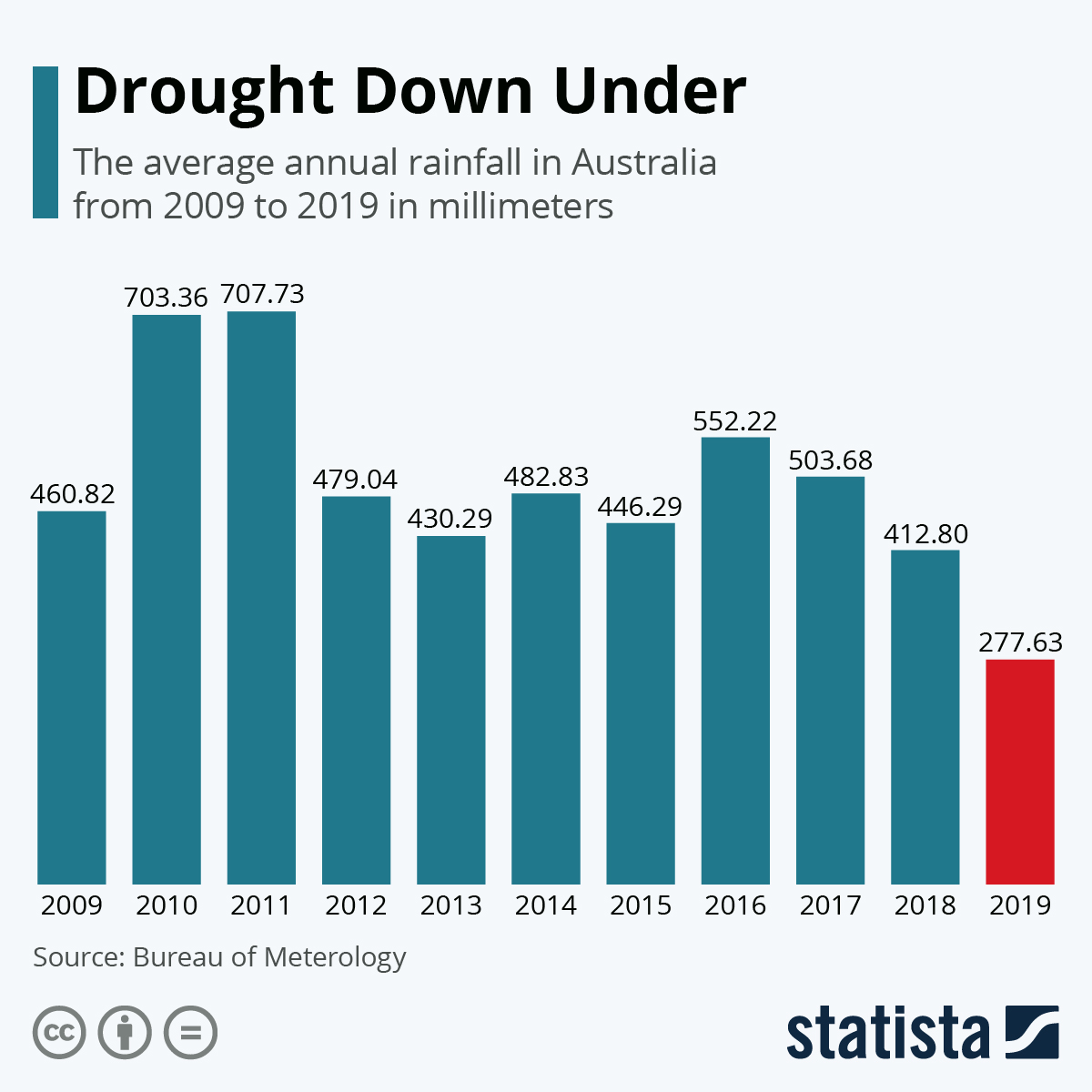 As fundraising efforts around the world are doubling their efforts to help people, animals and wildlife across the country, we thought it might be helpful to promote recent innovations based in Australia that aim to promote sustainability and the preservation of the environment.

The following innovations draw attention to different startups and research studies dedicated to reducing global temperatures, as well as ways in which we can all help to preserve our planet, through both far-reaching and incremental changes in our daily lives.

1. A SEARCH ENGINE THAT’S GOOD FOR THE ENVIRONMENT

Recent estimates suggest that searching for information on Google produces around 500kg of carbon dioxide every second. Ekoru was founded by an Australian software engineer, Ati Bakush, as a greener way to search after he witnessed the effects of deforestation in Malaysia and elsewhere, first-hand.

An international team of researchers have tested acoustic enrichment on parts of Australia’s devastated Great Barrier Reef. During the 40-day study, conducted by a team consisting of scientists from the UK universities of Exeter and Bristol, Australia’s James Cook University, and the Australian Institute of Marine Science, underwater speakers played healthy reef sounds. In response, double the number of fish than normal arrived at the reef, with a large diversity of species, including herbivores, planktivores and predatory piscivores.

With more than one-fifth of the world’s coral reefs either lost or severely damaged, time is crucial in the race to save them. Based on the speed in which fish approached the formerly deserted, heavily damaged reefs, acoustic enrichment could play an important role in kickstarting the conservation of such ecosystems.

Read more about the research.

An Australian startup, Returnr, has developed a system that allows consumers to use reusable bowls and cups and return them to any participating outlet.

The company distributes its renewable stainless steel bowls and cups to participating restaurants and cafes, which then use the packaging for takeaway orders. Consumers pay an AU$6 deposit to Returnr and after eating, they return the packaging in exchange for their deposit, or else forego their deposit and continue to use the crockery.

Architects Assist, formed of more than 100 Australian architecture studios, is offering pro-bono design and planning services to people affected by Australia‘s bushfire crisis, which has been burning since September 2019.

The fires have reached a critical scale over the last week, with whole towns evacuated, human and animal death tolls rising and reported firestorms. In response, Jiri Lev, founder of Australian studio Atelier Jiri Lev, has co-ordinated the group, claiming that individual action is no longer the best way for people to help and calling for architects to band together.

Read more about the collaboration.

More than 6,000 solar panels installed across an Australian University campus could help to save more than €62 million in energy expenses over the next 25 years. An award-winning, three-storey, thermal energy storage tank powers air conditioning across Australia’s University of the Sunshine Coast’s Sippy Downs campus, converting solar energy into thermal power, which cools the water held in the tank.

More than 6,000 solar panels are in place across rooftops and car park structures as part of the campus’ smart energy system. Depending on various factors including weather, the university’s power switches between the solar panels, the storage tank and mains electricity. This helps ensure that energy use is as cost-efficient and clean as possible.

Read about the storage tank here.

While there are many biodegradable and compostable packaging options now available, the challenge in this project lay in making the new material usable for shrink wrapping. The new material is made of a plant-based resin called Mater-Bi and, as well as being 100 per cent industrially compostable, can also be disposed of in-home and garden compost and recycling bins.

Read more about the shrink wrap.

By showing where these figures will end up, Whitty and Wadelton aimed to foster greater awareness surrounding the reality of plastic toys. Since the campaign was launched during late August 2019, the toys have also become a symbol of environmental un-responsibility.

Australian-based store, Flora&Fauna, created an interactive marketplace for zero-waste goods and services. Customers are able to recycle and learn about an eco-friendly lifestyle through workshops and pop-ups.

The store also includes what has been billed as the first bulk eco-refill station in the country, providing customers with the opportunity to bring their own containers to refill with shampoo, conditioner and laundry detergent.