Spotted: French online marketplace, Back Market, sells second-hand and discounted electronic goods. When the company launched its service in the United States last year, it realised that many of the second-hand products it was selling had been promoted by celebrities on Twitter when they were originally released. So, the company decided to save money on its influencer budget by using second-hand tweets.

Back Market launched its “Refurbished Tweets” ad campaign by creating a humorous video explaining how the company reused the Twitter feeds of US celebrities. Back Market analysed hundreds of Twitter accounts belonging to celebrities in order to find old Tweets praising products available on the company’s site when they first came out. The company then replied to the Tweets with a joke and re-posted them.

In all, Back Market has repurposed the Tweets of more than 300 celebrities, including Barack Obama, Kendall Jenner and Ed Sheeran. Many of the influencer celebs also received something for providing the revamped publicity, as Back Market has sent the products to about 187 of the ones who had originally Tweeted.

According to Back Market, visits to the company’s US website increased by 457 per cent during the month-long Refurbished Tweets campaign – a pretty good return for virtually no investment.

Back Market is not the only company using innovative marketing, although its approach may be one of the thriftiest. Other innovative marketing campaigns spotted by Springwise include a Chinese e-commerce company that livestreams its influencers and an ad campaign that uses hyper-personalised marketing.

Business Insider predicts that by 2022, brands will be spending up to €13.5 billion a year on influencer marketing. At the same time, the cost of sponsoring an influencer post has skyrocketed, from an average of €26 in 2014 to around €378 today —  an increase of 1,355 per cent. This leaves many small brands unable to compete. Back Market, however, has demonstrated that you don’t need to have a lot of money to use influencer marketing -- you just need to be creative. 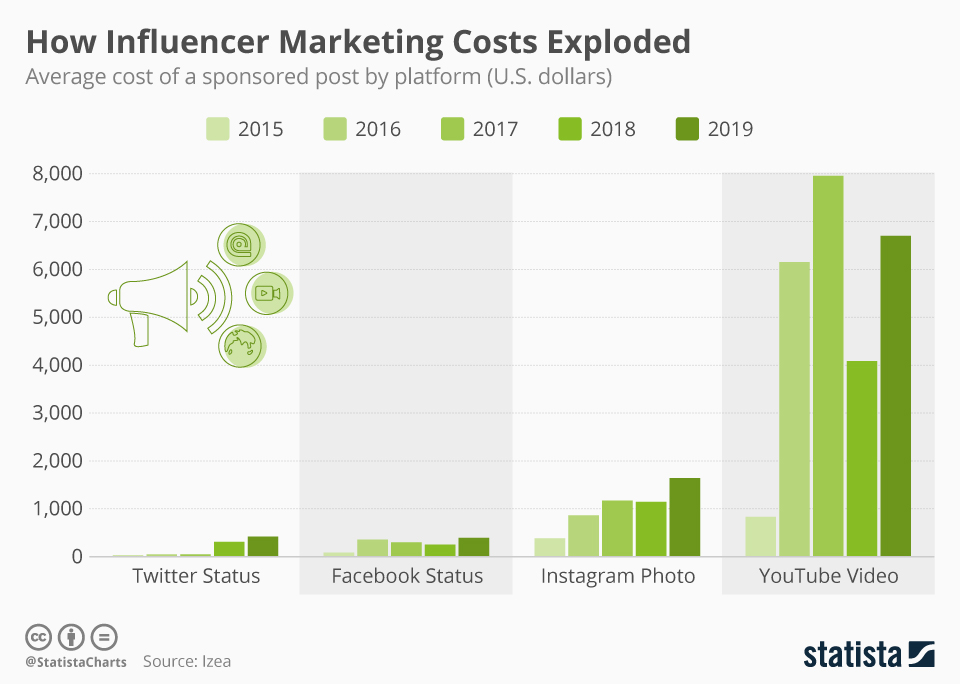